As with most things, the current housing supply shortage can't be explained by just one thing… there are multiple factors involved, many of them after-effects of the burst of the housing bubble about 10 years ago.

One of the contributing factors is people simply aren't moving as often as they did prior to the housing market downturn so aren't selling their homes as often. This is compounded when they can't find a new home to buy because of the current short supply and decide to stay and remodel/renovate instead. 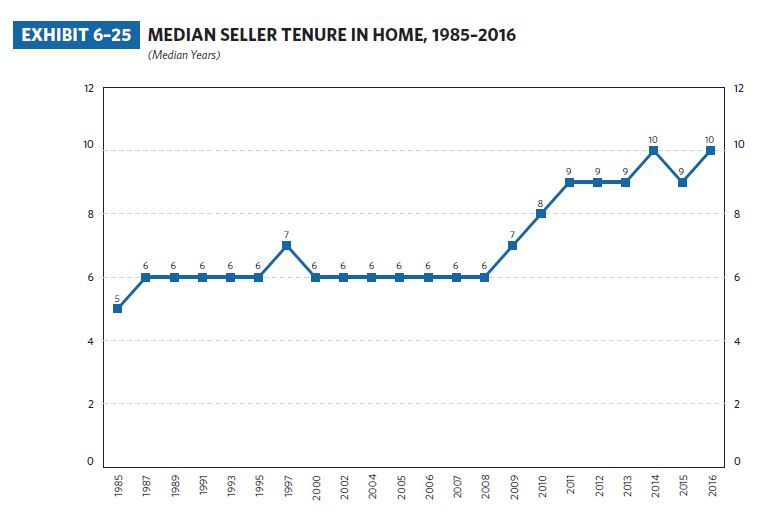 From 1985 to 2008 people stayed in a home an average of 6 years before selling and buying another home. It rose after that, partly because potential sellers were underwater on their mortgages and couldn't afford to move. The average is now 10 years. This longer tenure is a trend I see reflected in current buyer decision-making even for first-time buyers, many of whom saw family and friends stuck when their homes lost value. The majority of buyers I work with now are planning to stay in their homes for 10 years or more. Nationally 15% of buyers say they play to stay 8-10 years and 26% 16 years or more! This diminishes the number of homes available for sale simply due to the lower turnover rate.

2. About half the homes sold 2009-2012 went to investors… many are renting them rather than selling them

New construction also plummeted when the market adjusted and although it is now increasing, it still contributes to the shortage… compounded by the fact that available land may not match where buyers want to live and median price of a new construction house is $407,822 vs $252,500 for a previously owned house.

It isn't as much the number of new listings that is down as much that homes are being purchased at a higher rate. That is why inventory and months supply of inventory are the lowest on record.

5. Gen-Xers are not moving up as expected because many were underwater and remodeled/expanded instead

Many bought when they were single and as they married and started raising families they ran out of room. Many couldn't afford to sell because of lack of equity. If they liked where they were living, many chose to remodel/expand instead of moving.

Instead of downsizing many Baby Boomers are deciding to stay where they are and renovating to age in place. Many are also living in multiple locations, both for weather and to be closer to family for part of the year. So they may be buying but not selling.

7. Move-up and downsizing sellers are afraid to sell for fear of not finding a home to buy

Those who do want to make a move are often afraid to sell until they find a new place to buy, which slows the supply chain. These homes may come on the market later in the season provided their owners find a new home.

8. Millennials are about 10 years behind previous generations in the home buying cycle… now ready to buy but there isn't enough housing turnover/new construction to fill the demand

Millennials are now buying, eating up the first-time home buyer inventory as soon as it hits the market…  where there is only about a 1-month supply… 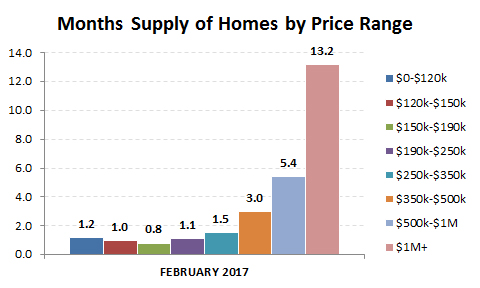