Seek Thermal has a new infrared camera for smartphones called the Seek Thermal CompactPRO. They claim this camera delivers unprecedented high-resolution thermal imaging and software capabilities for under $500. To find out if there was any truth in this claim, I took the camera for a test drive. In short, I think they nailed it.

This camera looks nearly identical to the old $199 Seek Thermal camera. It's a small camera that plugs into the USB port on either an Android or iPhone, using your phone as the screen and brains of the camera. After downloading the Seek Thermal app, all that's needed is to plug the camera in. No batteries, no cables, no hassle. I was using this camera on my phone within about two minutes of opening the package.

The most noticeable difference is the adjustable focus lens on the CompactPRO. The older camera has a fixed focus lens. 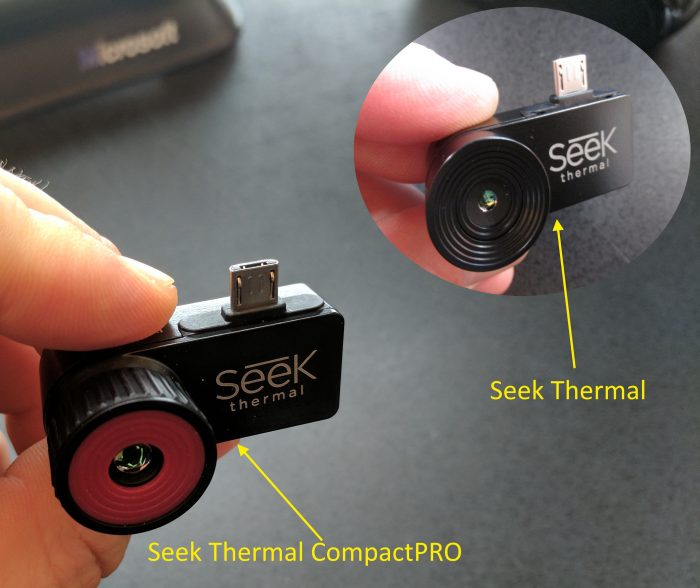 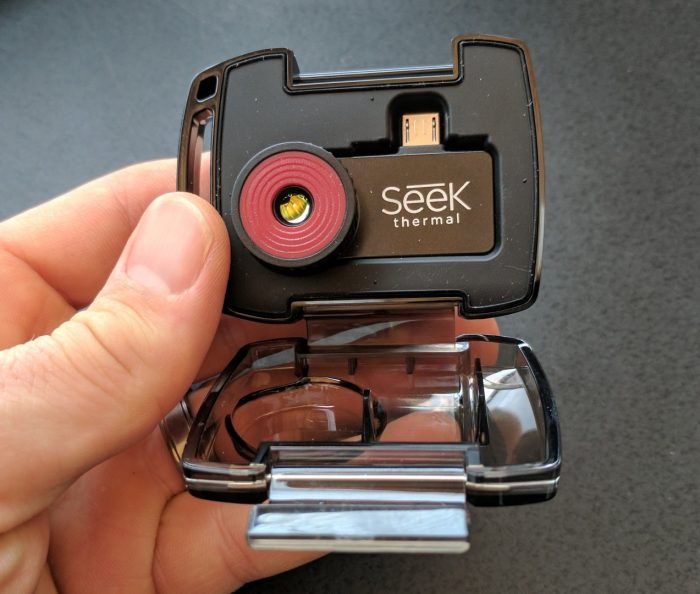 Just like its predecessor and like any other infrared camera that plugs into your phone, it's tiny. If you drop your phone with this thing plugged in, you'll probably break the camera, the charging port on your phone, or both. This is not a rugged device.

The software is pretty straightforward, giving the options that should be expected. It records images and videos, it has several different color modes, it has a spot meter mode, and a mode that displays the warmest and coldest temperatures found within the image. It also gives the ability to select certain temperature ranges to display and focus on, and allows for different emissivity settings.

I asked the manufacturer about the thermal sensitivity and was told that the company does not speak publicly about that detail.

To do a fair apples-to-apples comparison between the CompactPRO camera and my FLIR E6 camera, I turned off the MSX technology on my E6. The MSX technology brings out a ton of detail in images, making it appear as though you're getting a far higher resolution image than you really are. It doesn't add any 'real' information, but it makes images look so much better that no other camera can compete, so it's not a fair comparison to have it turned on. For an example of what I'm talking about, click on MSX on vs. MSX off.

Pretty impressive, huh? These images from the $500 CompactPRO rival those from the $2500 E6.

If I had an occasional need for a high-resolution infrared camera and I didn't want to break the bank, this would be my camera of choice. I wouldn't want to use this camera for home inspections, however, because I would be too afraid of breaking it and the operation would be too clumsy. The adjustable focus lens is also time-consuming to use; I prefer a fixed focus lens for quicker operation.

Seek Thermal also makes a stand-alone camera with the same resolution that would probably be a good choice for home inspectors, called the RevealPRO. It's small, rugged, has a low thermal sensitivity rating, and a fixed focus lens. It retails for $699.