NOTE: The city’s Planning and Zoning Committee voted Thursday, April 10, 2014 to lift the moratorium and essentially replace it with a construction management plan.

The City of Minneapolis recently issued a moratorium on teardowns and reconstruction of new homes in five Southwest Minneapolis neighborhoods of Ward 13… Armatage, Fulton, Kenny, Linden Hills and Lynnhurst. 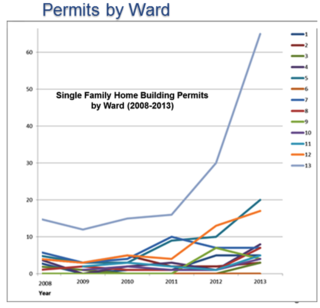 There have been many shock waves as a result of this unannounced moratorium, and as I looked for information to better understand the reason behind it I was shocked by the adjacent chart. The growth in building permits in Ward 13 has been astronomical… and this doesn't take demolition permits into account.

Council Member Linea Palmisano, who introduced the moratorium, said that as she walked every block in her ward multiple times and knocked on thousands of doors during her campaign last fall the most frequent complaint she heard was personal distress from the impact of demolition and new construction on their daily life… including ground-shaking excavations, the hum of generators and incessant pounding of nails, dust covering every surface of their homes, the inability to park or walk down the sidewalk or even have their streets plowed. In some cases basements have been flooded, foundations damaged or sidewalks caved in.

It's easy to see how strongly these neighborhoods have been affected by seeing the dense cluster of demolitions and new construction on the map below. They legally issued the moratorium without advance notice to avoid making the situation even worse with a flood of permit requests before the moratorium took effect. 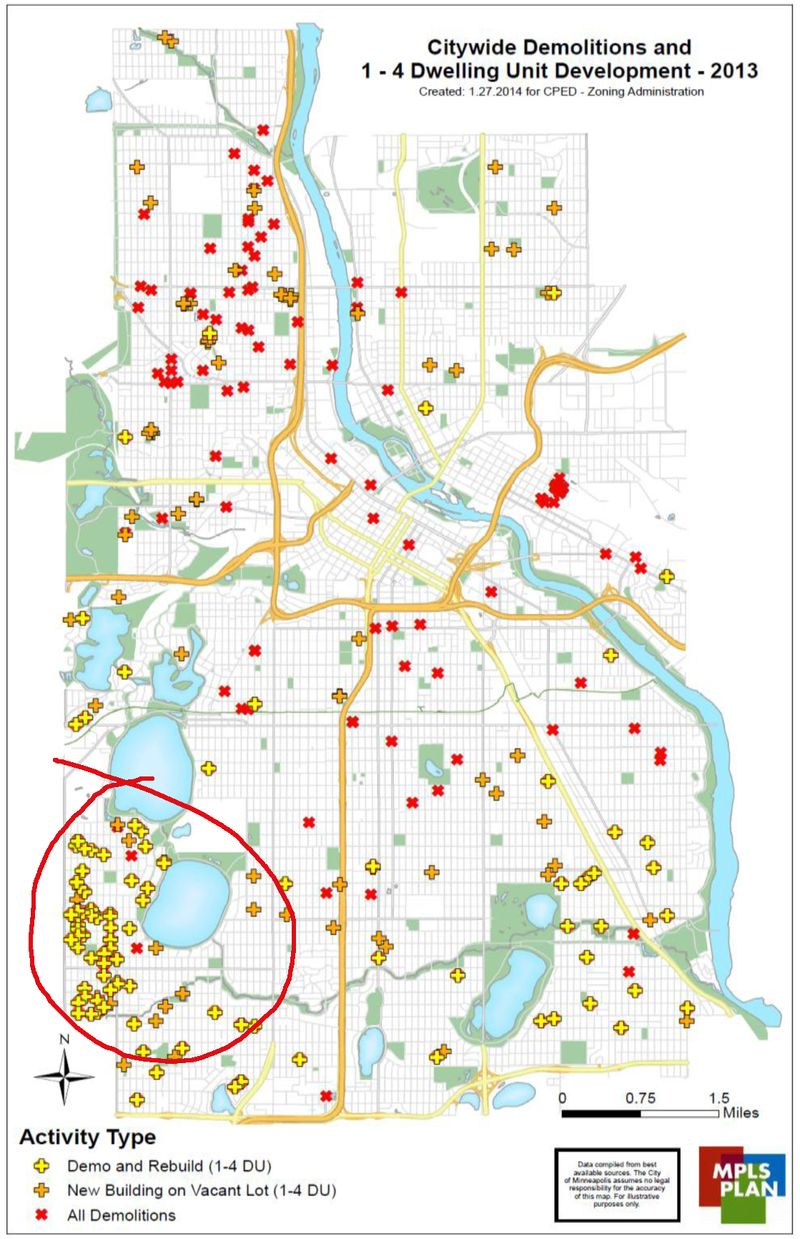 Of course it can be argued that this new development is creating jobs while also raising the tax base and value of all homes in the area. But on the flip side, rising tax values can also make it difficult for owners of homes that haven't been touched to afford a large and sudden jump in taxes. 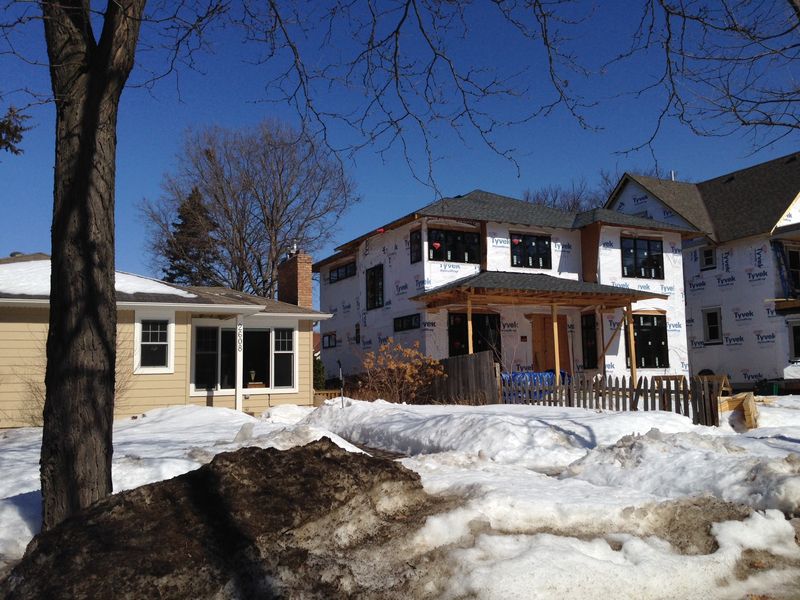 The moratorium will give time for study and planning to develop solutions to better handle new development in all parts of the city, including addressing problems around construction management and environmental degradation. They have been so busy reviewing applications and projects in process that they have had little time to plan for responsible development with adequate systems in place.

The ordinance has raised much controversy, and is subject to revision until March 28. People faced with hardship because of the moratorium can apply for a waiver.

Learn more, including details on what is affected and how you can make your voice heard, in Frequently Asked Questions from Ward 13 Council Member Linea Palmisano.