Have you ever seen a blue porch ceiling? Maybe looking up and thinking "well that's pretty". It is pretty but there is a history behind them. You don't see the blue ceilings much in the north as it was originated in the deep south. It made its way to the east coast into Victorian homes and has recently seen a revival of interest throughout the country.

Originally called 'Haint' blue, haint is the Gullah pronunciation of haunt. First used in Charleston, South Carolina in the early 1800s the blue was thought to keep evil spirits away. The superstition was that spirits could not cross water and the blue tricked the spirits into thinking it was water thus not entering the house. 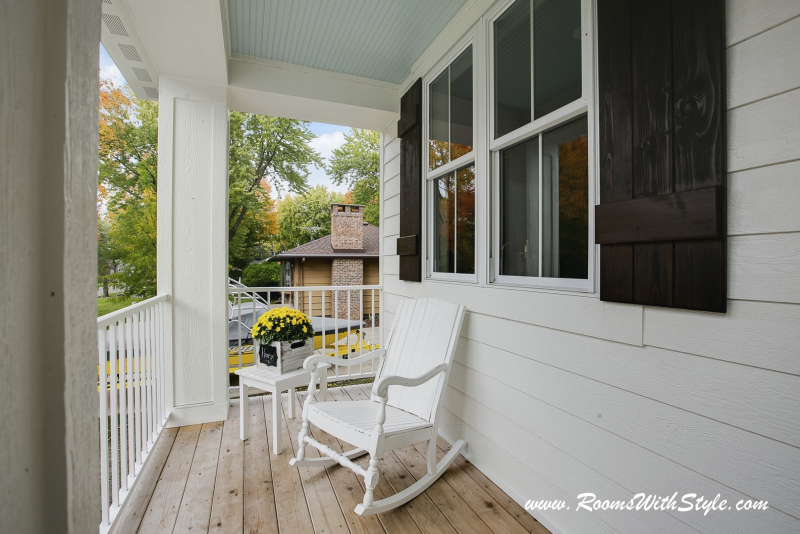 Apparently the blue ceiling has a second 'tricking' factor which serves a practical purpose.  It is said that insects such as spiders and wasps think the blue ceiling is the open air sky, thus making them move on to build their nests elsewhere in more protected areas.

I personally like the blue porch ceilings for the simple reason that they are pretty but another great benefit to homeowners is that the blue ceiling gives the appearance of extending the daylight hours. What can be better than watching the sun set but the blue above keeps that summer day feeling from ending.

Blue is a calming and tranquil color. I can't think of a better place to bring calm than an area your guests first see, making them feel relaxed from the moment they approach your door. And who doesn't want a great place to relax after a long day of work? By adding comfy chairs, lighting and a ceiling fan, if brings the comforts of the indoors outside. If you are from the Northern region of the country like me, I try to capitalize on my outdoor time and extend it as long as possible before the brutal winter hits. So make your porch feel like another room of your house. A blue painted ceiling will do just that! 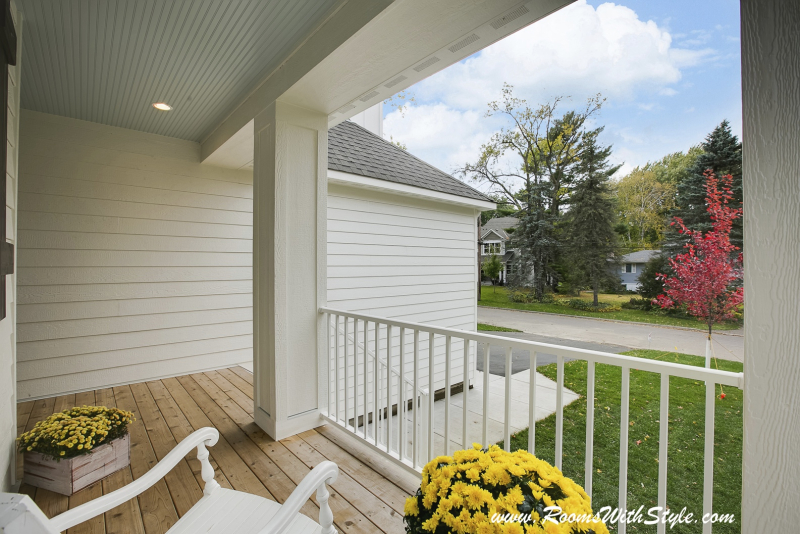 Haint isn't an exact blue. You won't be able to walk into a paint store and ask for it. Now they may have recommendations but it really is up to you on the hue. Light and soothing or bold and bright. The style of your home will play a factor in the haint color  best for you.

If you would like assistance with this or any design dilemma I would be happy to help!