It should come as no surprise that the core cities of Minneapolis and St. Paul have the highest concentration of walkable neighborhoods in the Twin Cities metro area. However, when you look at the Walkscore Heat Map below, you will find little pockets scattered beyond the downtown area. Many of these are cities that already had their own identity before the larger metro area grew to encompass them, and many of them are also known as shopping destinations, some with a 'small-town' feel. Some are first-ring suburbs… and a couple are further out, more for those seeking walkable small-town living away away from the urban metro. 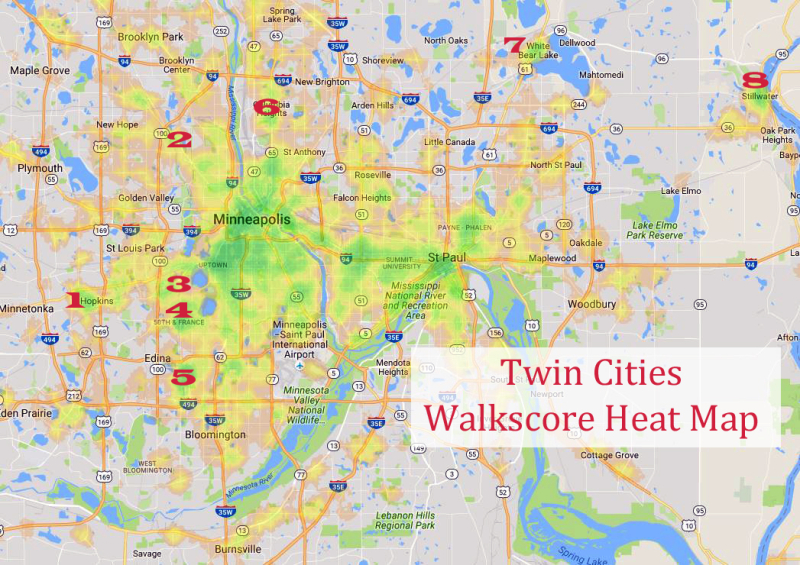 Settlement began in Hopkins in the early 1850s, when Minnesota was still a territory, and was incorporated in 1893. Centrally located between the Minneapolis riverfront mills and beautiful Lake Minnetonka, it became a stopping point to rest horses. Walkability is strongest in its historic district north of Main Street, which retains its small-town feel only about 15 minutes from downtown Minneapolis.

Robbinsdale was also incorporated in 1893, as the first suburb of Minneapolis. In the early days people would travel to Robbinsdale's Crystal Lake to go duck hunting. Today it still has a charming downtown and a strong sense of community. Walkability is strongest in the downtown area along Main Street, and access to downtown Minneapolis is easy.

Saint Louis Park is a first ring suburb bordering the west side of Minneapolis with its biggest housing development following World War II. The Excelsior & Grand neighborhood was specifically developed this century as a walkable community. It has a Walkscore of 82, with easy access to shopping, medical, entertainment.

The corner of 50th & France is right on the border of Minneapolis and Edina, and has long been a boutique shopping destination. Now with a Walkscore of 90, it is also considered a walker's paradise… great as both a shopping/dining/entertainment destination and as a highly walkable place to live.

The Edina Southdale area has been intentionally developed as a retirement destination since the 1970s, starting with the first senior coop in the United States… and it just keeps getting better and better. Its Walkscore isn't quite as high as 50th & France (70s-80s depending on where you are), but there is much more housing available in a wide range of prices and styles for people of all ages.

I don't usually think of Columbia Heights when I think of walkable communities and was surprised to see it appear on Walkscore's Heat Map. But the areas around Central Avenue get Walkscores in the 80s. The historic Heights Theater with a Wurlizter pipe organ still played before movies on the weekend is at its downtown district at 40th Ave NE and Central. A first ring suburb north of Minneapolis with Polish-American roots, it has a more urban feel.

White Bear Lake was a popular resort destination in the late 1800s and its historic downtown area still has the charm of a lake getaway, complete with historic homes and small-town boutique shopping. Downtown White Bear Lake has Walkscores in the 80s, but the rest of the area is very car dependent as in most out-state lake destinations.

If you are interested in charming small town living with an abundance of historic homes check out Stillwater, nestled along the St. Croix River. Only 30 minutes away from the Twin Cities metro, it is both a tourist destination and a great place to live. Similar to White Bear Lake, the heart of the city has a high walk score of 90, while the outer areas are very car dependent. 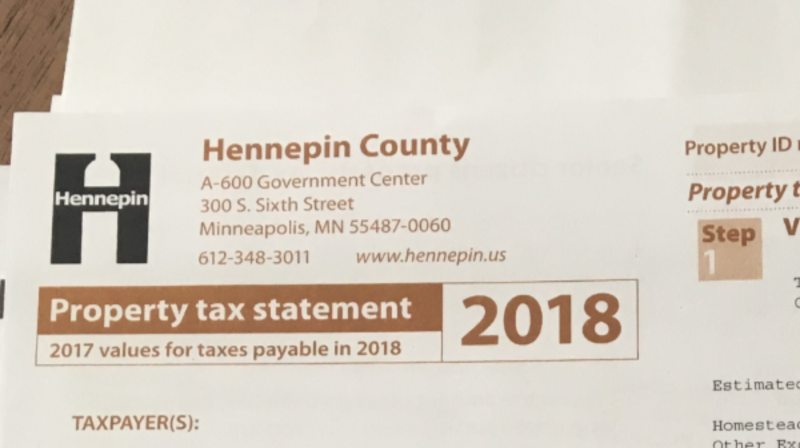 My Property Taxes Increased, But I Disagree With the Assessed Value. Now What?

According to the Minnesota Department of Revenue, “Each spring your county sends you a Notice of Valuation and Classification. Three factors that affect your tax bill are: The amount your...

I have my favorites, which is what I started out with, but there are so many wonderful places and pizzas, I couldn’t help but add a few more shops to...