The area was platted in 1856 but remained mostly vacant except for a few large estates and greenhouses until significant Minneapolis growth in 1900-1910 created great need for apartments for middle-income city workers. With the introduction of streetcars for transportation this area was ripe for development. 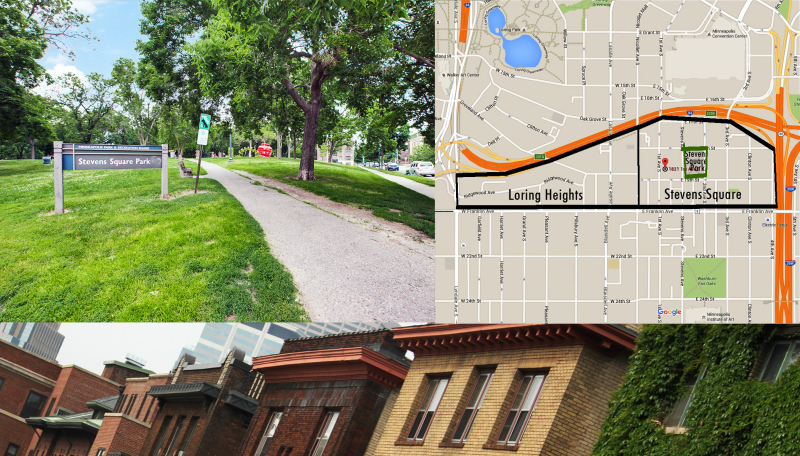 In 1907, real estate developers petitioned to create the current Stevens Square Park on a full block of land that was hard to develop because it was on a small hill… and the first Stevens Square apartments surrounding the park were built in 1912. The area was quickly transformed from farmland to a neighborhood of dense apartments constructed mainly 1912-1920. Fire codes required brick walls and a 3 1/2-story height limit, resulting in fairly uniform buildings built with the minimum spacing allowed.

Stevens Square was designated a National Historic District in 1993 because of its unique and cohesive architecture. Ironically, it had the highest population density in the city when it was built and it still does today. Its first residents were primarily middle-income downtown workers and single women… not unlike many current neighborhood residents.

Today this neighborhood is a mix of apartments and condos set against the backdrop of the Minneapolis skyline. Just a short walk to downtown Minneapolis, the Minneapolis Institute of Arts and Loring Park…. and with transit on almost every corner, it is one of the most convenient and affordable neighborhoods in the city.

With a walk score of 92, the convenience of this location is hard to beat! 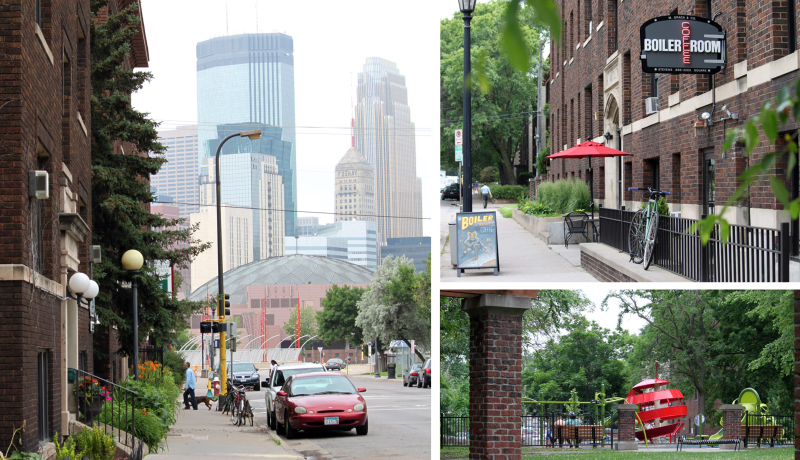 Stevens Square Park hosts movies in the park, music in the park, and art festivals. ‘Red Hot Art’ is a well-attended annual art festival which will take place on July 30th and 31st this year. It features live music and many local artists. There is also a new playground that was recently installed. Visit the Stevens Square Community Organization website for a full calendar of park events.

The corner of Nicollet and Franklin is a neighborhood hub which includes a new vegan restaurant called Reverie. It is also the location of a summer farmer’s market every Wednesday from 2 to 6 pm. 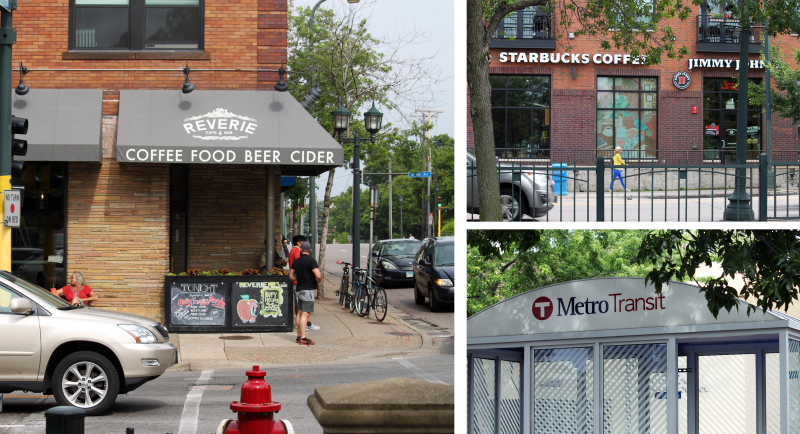 Let us know if you would like living in this neighborhood… or would like help finding other affordable, walkable neighborhoods. We would love to help!

Previous PostA St. Paul, MN RenovationNext PostBuying a home… before you make the leap, does it fit the way you live?
0Shares