Annual housing market data for 2013 shows the Twin Cities market is continuing to not only improve, but also break inventory records. If you have been thinking of selling, your time is now. 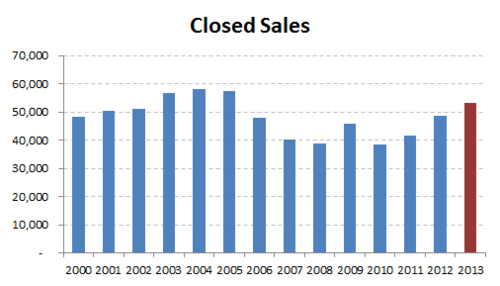 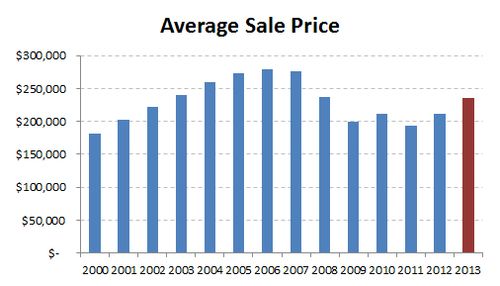 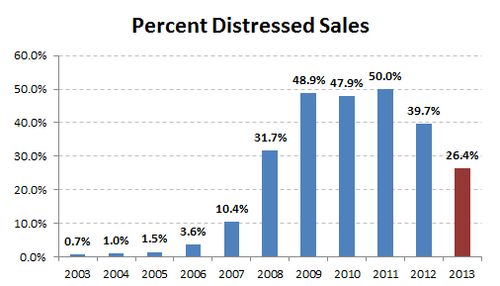 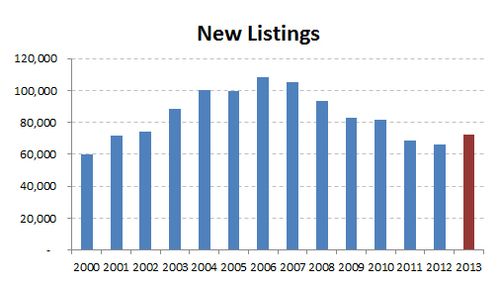 But with rising sales that wasn't enough to stop the inventory of homes for sale from dropping to a new low… down 10.5% to only 11,646 properties. 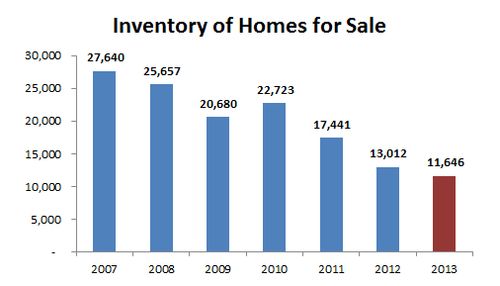 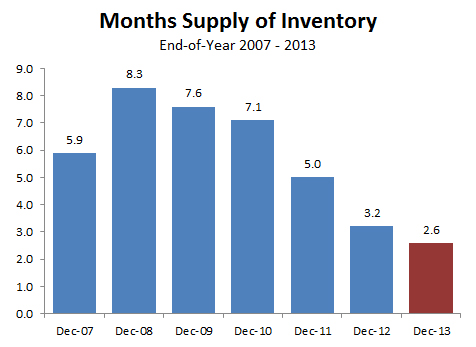 The unusual supply patterns are even more noticeable in the chart below from the Minnepaolis Area Association of Realtors. Inventory traditionally rises in the spring and falls in the winter months. That characteristic hump was mostly absent in 2009 and totally missing in 2012… at least 2013 showed a small rise, even though it dropped to a new low.

Our Twin Cities real estate market is improving, but the lack of inventory is holding back a more robust recovery. As confidence rises, hopefully more sellers will decide it is time to put their homes on the market in 2014.

The figures above are based on statistics for the combined 13-county Twin Cities metropolitan area released by the Minneapolis Area Association of Realtors.

Never forget that all real estate is local and what is happening in your neighborhood may be very different from the overall metro area.