I recently did a video blog post showing the process involved in replacing a water heater, wherein I helped my dad replace his old 50-gallon natural draft unit with a new one. I had a few people ask me why in the world my dad chose to go with the exact same natural draft water heater when he could have installed a powervent, direct vent, or tankless water heater.  That's a great question, and I think the answer deserves a blog post of its own. I'm going to do a three-part series, discussing three types of gas water heaters:

Another term that you might hear is "direct vent". This refers to a water heater that is constructed and installed to obtain all of its combustion air directly from the outdoors, and discharges all of its flue gas directly to the outdoors. This is not a definitive term for a water heater because it could describe many different types.

I don't think they're bad, but most people in the building science community seem to dislike atmospherically vented appliances. Just check out Allison Bailes' post on the topic: 3 Problems with Atmospheric Combustion Inside the Building Envelope. Not only do atmospherically vented appliances use conditioned household air for combustion, but they also have an increased potential to backdraft. In the case of traditional water heaters, they simply rely on gravity to get the exhaust gas out of the home. Exhaust gas is lighter than the surrounding air, so it rises. Put a vent on top of the water heater, and we trust the exhaust gas to rise up the vent and leave the home without bothering us.

So what happens when you have a tight house and a bunch of other indoor fans running, such as a bath fan, a clothes dryer, and a kitchen hood fan? Every cubic foot of air that leaves the house needs to be replaced. When the fans are pulling a bunch of air out, a bunch of air needs to come back in. If the house isn't leaky enough or there isn't sufficient combustion air brought into the home, a building will be happy to suck air in through the water heater vent. After all, the vent is simply a hole to the outdoors. We trust that gravity will keep the air going out, but fans will win that battle every time. On an especially windy day, the wind can also overpower a gravity vent. When this happens, we call it backdrafting.

How dangerous is a backdrafting water heater, really? 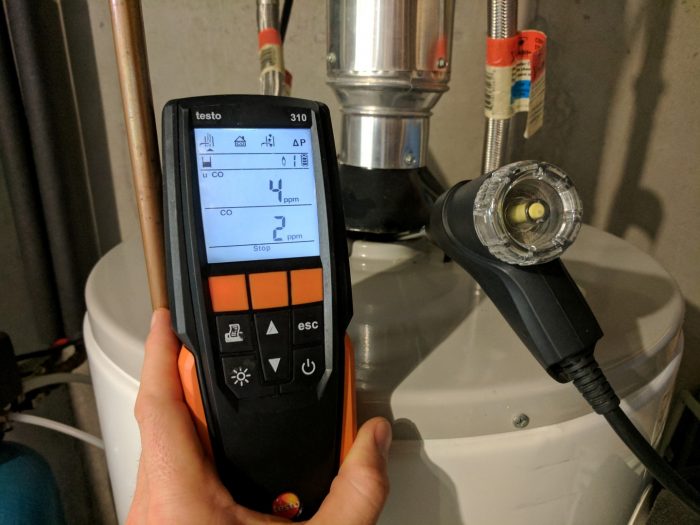 For the second part of my test, I blocked the vent at my water heater with some foil tape and fired it up. The CO level instantly skyrocketed. I took a photo of my meter with the CO level in the thousands, but the level quickly got into the tens of thousands before I shut my water heater off. To give that number some perspective, water heaters are supposed to be red-tagged and shut down when the oxygen-free level is over 400 parts per million. Once you're into the thousands, it's downright scary. That's why I didn't take the time to take another photo. 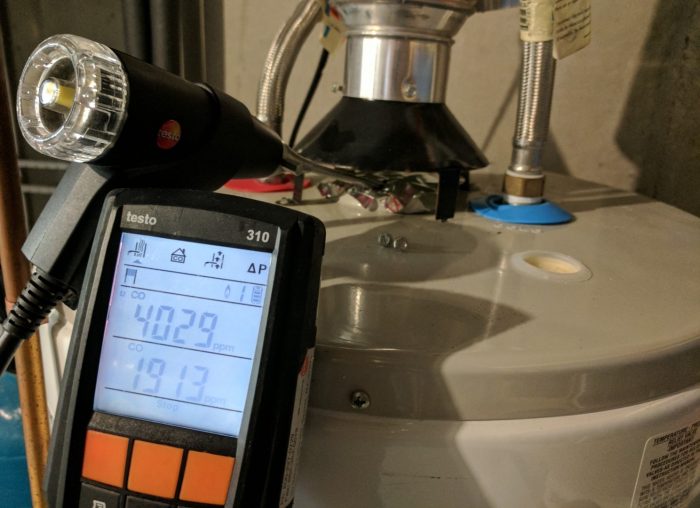 Side note: do you see the melted plastic at my water heater's draft hood in the photo above? This happened because the flue cap at the top of my vent fell apart, causing my water heater to backdraft on a couple of extremely windy days. I posted about this on the Structure Tech Facebook page last year: Reuben's damaged vent cap.

So how likely is it for a water heater to backdraft and produce high levels of CO? Not very. The draft hood is there so that if the water heater does start backdrafting for one reason or another, it will probably just spill low levels of carbon monoxide into the room. Nevertheless, backdrafting is unacceptable and unsafe, and should be corrected immediately. According to CPSC statistics, there is an average of five deaths per year associated with carbon monoxide poisoning from water heaters, so this is a 'thing'.

How to increase safety

The best way to minimize any safety issues associated with backdrafting at a water heater is to not have a water heater that could backdraft. That means no reliance on gravity to get the exhaust gas out of the building. The most popular way of doing this is to install a powervent unit, which uses a fan to force the exhaust gas out through its own dedicated vent. I'll discuss other options in another blog post, but for now, let's take a look at the positive aspects of a natural draft water heater. 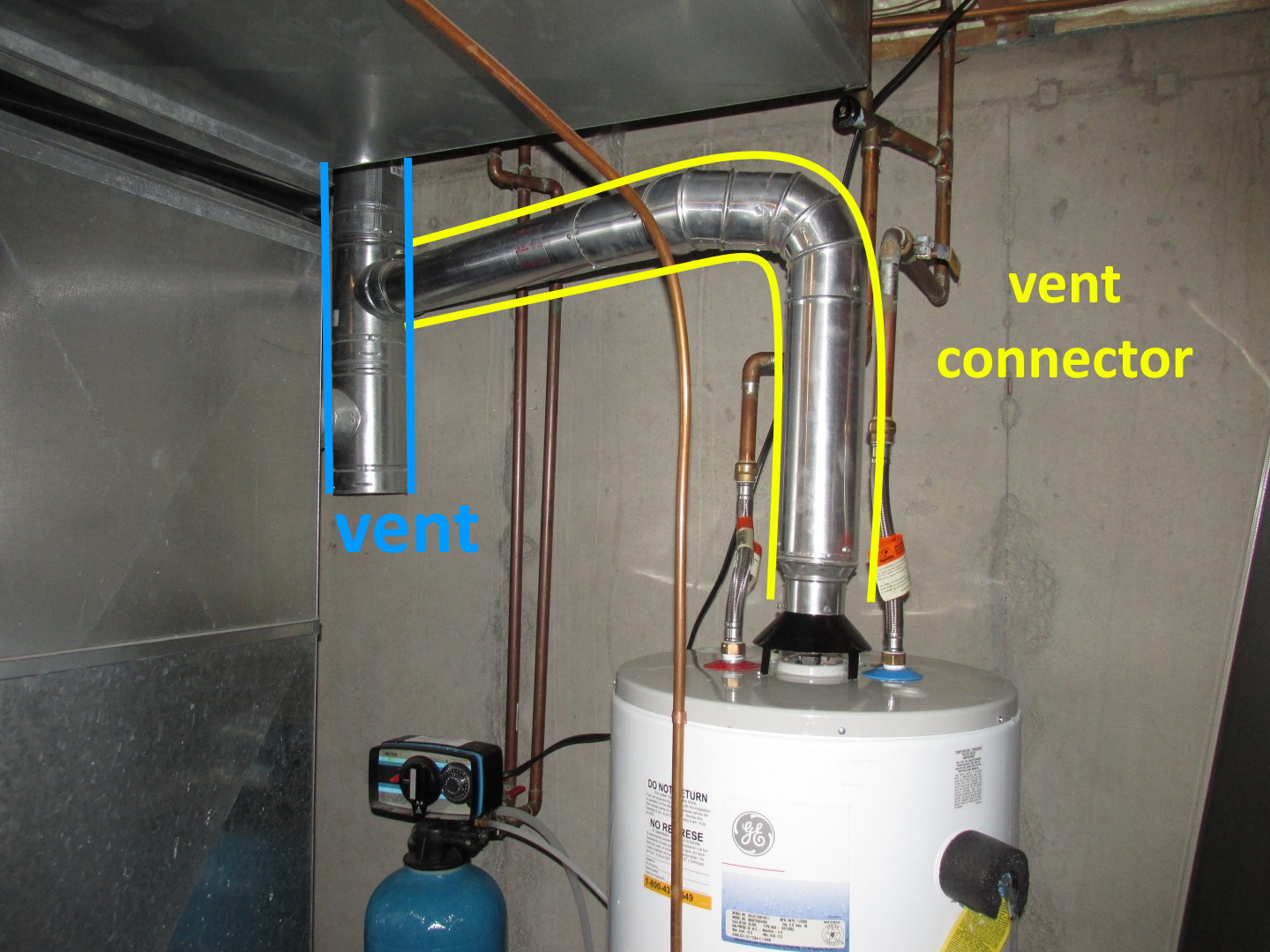 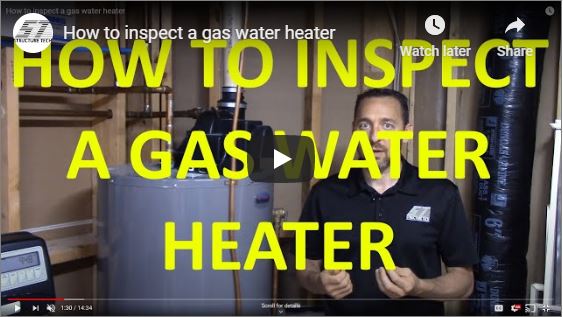 How to inspect a gas water heater

Gas water heaters are a lot like decks, in the sense that most handy homeowners feel qualified to install one.  Thanks to these handy folks, we find more installation defects...