As I showed our clients a condominium this week, we found nearly every room had wallpaper falling off the walls. While our clients were ready to peel it off, it got me curious about how wallpaper came to be used in the first place.

It actually started with wars, piracy and political intrigue… 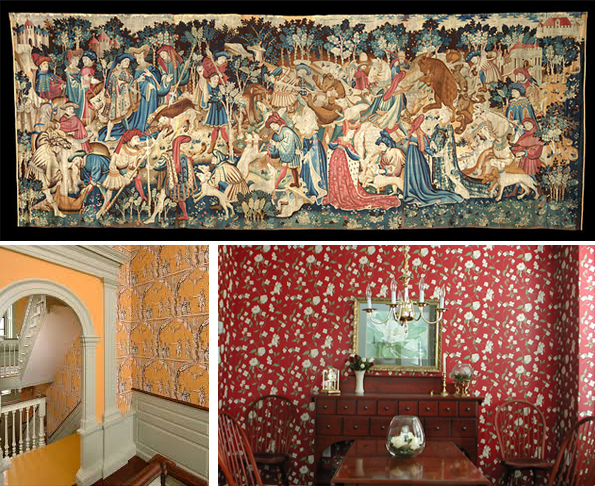 For centuries rich folks bought tapestries for their home's large, cold, stone walls. Castles and other large homes were hard to heat. Tapestries were the solution. They added warmth and beauty to the homes of the middle ages.

However, wars, piracy and political intrigue all helped raise the price of woven tapestries so that only the very rich could afford them. Less well-off members of the elite, unable to buy tapestries, turned to wallpaper to brighten up their rooms.

Early wallpaper dates back to before the 1700s and was produced by hand painting, woodblock printing and stenciling. They featured scenes similar to those depicted on tapestries, and large sheets of the paper were sometimes hung loose on the walls, in the style of tapestries. Prints, especially large ones, were often pasted to the walls… the beginnings of wallpaper as we know it.

By the early twentieth century, wallpaper had established itself as one of the most popular household items across the Western world. Wallpaper has gone in and out of fashion since about 1930, but the overall trend has been for wallpaper-type patterned wallcoverings to lose ground to plain painted walls… what most home buyers are looking for now. 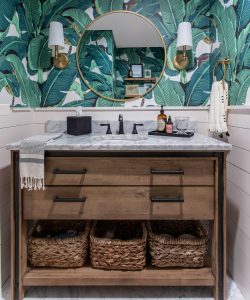 Using Wallpaper as a Design Element

Wallpaper is all over the place these days and there are so many fun fresh patterns.  Plus with peel-and-stick, you can easily apply it yourself and not be tied to...