Minnesota is famous for its abundant lakes. It's easy to think of lakes for summer fun, but lakes can be a recreation source even in the frozen winter… think ice fishing!

We are not interested in ice fishing, but are currently spending a restorative week up on the Wisconsin side of Lake Superior, near the Apostle Islands National Lakeshore. When we made our plans last fall we thought we might be able to take in the ice caves that made headines last year. 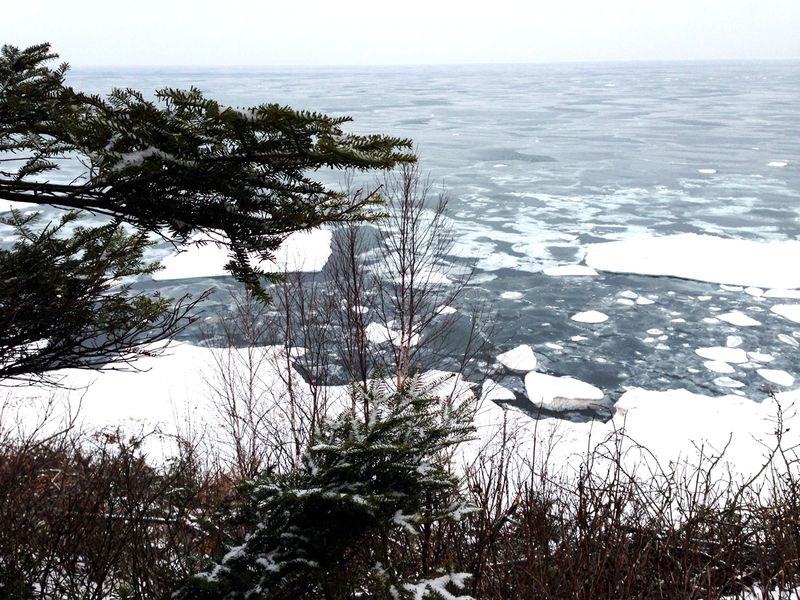 Alas… who would think that temperatures would approach 40 degrees in January! Instead of a frozen lake, we have been mesmerized by an ever-changing lake… with a frozen expanse giving way to large chunks of ice resembling mini icebergs, giving way to floating ice 'cupcakes' being tossed around by white-capped waves. We are not disappointed to be experiencing the 'most profound shortcut to happiness out there' that Angela talked about in her post Can Snow (or Frozen Lakes, at Least) Make us Happier?

Living in the Twin Cities we are blessed with easy access to the restorative quality of lakes within a few minutes or a few hours drive in both Minnesota and neighboring Wisconsin.

Don't be surprised if many of the people you meet here have a lake they visit regularly. After all…