If you are looking for a neighborhood likely to be on the up-swing, here are some of telltale signs of a soon-to-be hot real estate market.

On-trend businesses are moving in 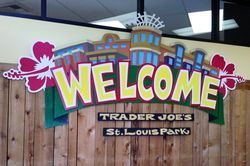 In our neck of the woods, when a Whole Foods or a Trader Joe's moves into the neighborhood, it’s a sign that the nature of things might be changing. This is true of small and local  trend-setting business as well as larger chains. In fact, most larger businesses do a fair amount of economic research and projections on the neighborhood before moving in. Watching big industry and business moves can be a great way to spot emerging areas.

If you live in an urban setting where land is at a premium or there are restrictions on building, demand for homes will continue to grow as the population does, but the supply will remain somewhat limited. In our metro area convenient proximity to lakes and rivers has always been at a premium, but access to the expanding LRT system and highly walkable neighborhoods can be impetus for higher demand. All the development around the new transit hub by downtown Target Field Twins Stadium is a prime example.

Neighborhood turnarounds… fixing is in the air

If there’s one major issue that has caused an area to be less desirable for decades, and that issue is being eliminated or ameliorated, it could set the neighborhood up for a turnaround. For example, striking crime decreases or LRT moves in or a major employer expands into a neighborhood or turnaround in the number of distressed properties can bring new life to a neighborhood such as the St. Paul University corridor.

Also, keep in mind that a new generation of homebuyers has a new set of values, and might simply not be concerned or deterred by things their parents might have viewed as turnoffs. For example, the growing Northeast Minneapolis Arts District is a hot destination for some first-time homebuyers… places their parents might have never even considered.

When you see that an area long known for its run-down homes has a number of homes being renovated and rehabbed from the inside out, this can be a sign of fledgling neighborhood turnaround. If you spot these sorts of projects visually, it might be worth checking out city building permits in the area. In addition to individual permits, city staffers often have a wealth of information about developments in the works that could change the landscape of an area.