When Angela told us about Palm Springs Modernism Week last year we knew we had to go. Celebrating its 10th anniversary this year, Palm Springs Modernism Week has grown into a 10-day celebration of mid-century modern design, architecture, art, fashion and culture. With more than 250 events including tours, lectures and exhibits we decided to add it to our must-see events this year and we were not disappointed… thanks, Angela… we just got back last night and she heads out tomorrow! 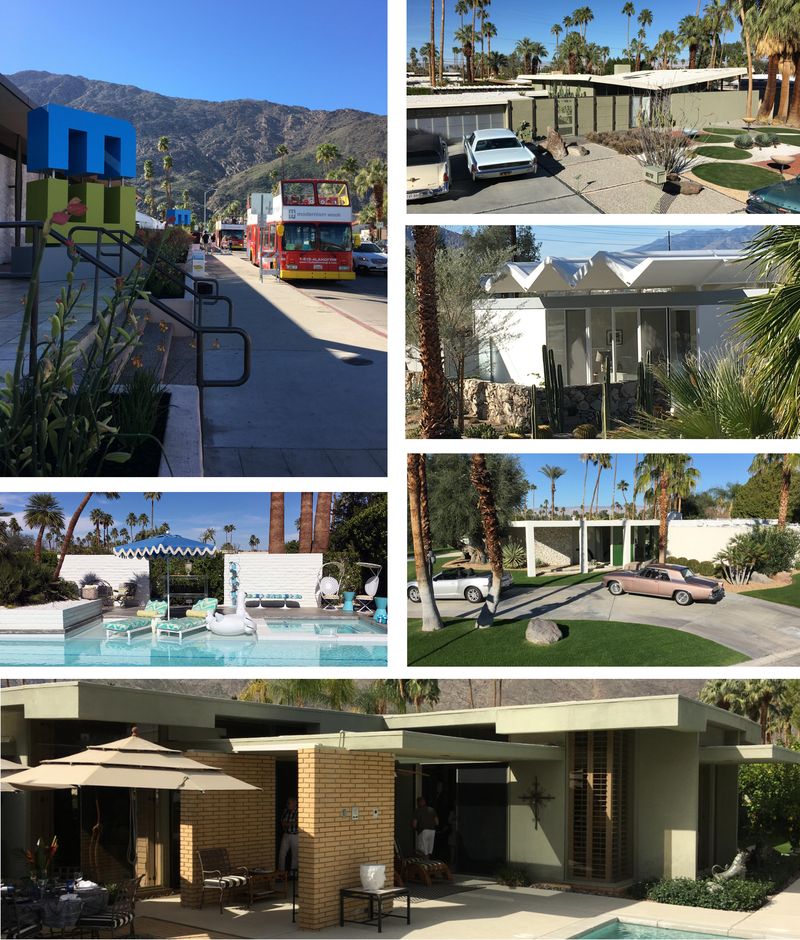 Palm Springs became a fashionable health resort in the early 1900s, and by the 1930s it was becoming a popular getaway destination for movie stars who were required to be within a 2-hour drive of their Hollywood movie sets. After World War II, architectural modernists flourished with vacation home commissions from the stars, which became models for mass-produced homes in the new suburbia. As the number of houses in Palm Springs doubled from 1947 to 1965 it became a veritable living museum of mid-century modern design.

Butterfly, folded plate and flat roof lines were characteristic, as well as dramatic outdoor living spaces, open interior floor plans and very large windows. Houses were fully merged inside and out for leisure living around swimming pools and golf courses. 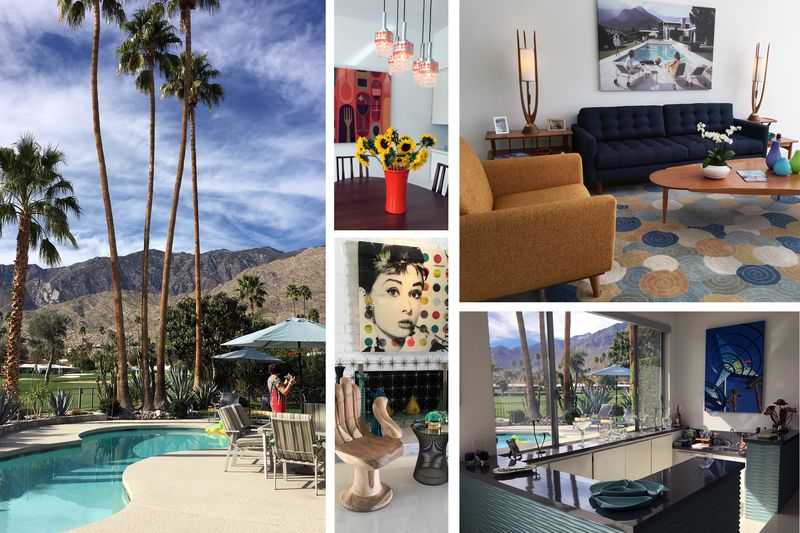 I love how the left photo above is an example of a cloudy day in Palm Springs… not the same as a cloudy day in Minnesota!!  Although the folded plate roof style and year-round swimming pools don't translate well to Minnesota winters, many other design features were incorporated into our own Minnesota Modern architecture.

Not just a matter of aesthetics, the style was also popular because of money. With simple form, use of mass produced materials and lack of ornamentation they were often less expensive to produce than more traditional styles. Look for Twin Cities Mid-Century Modern homes in first-ring suburbs such as Golden Valley, Edina and Bloomington,.. as well as Lauderdale and St. Anthony Park by the University of Minnesota St. Paul campus. 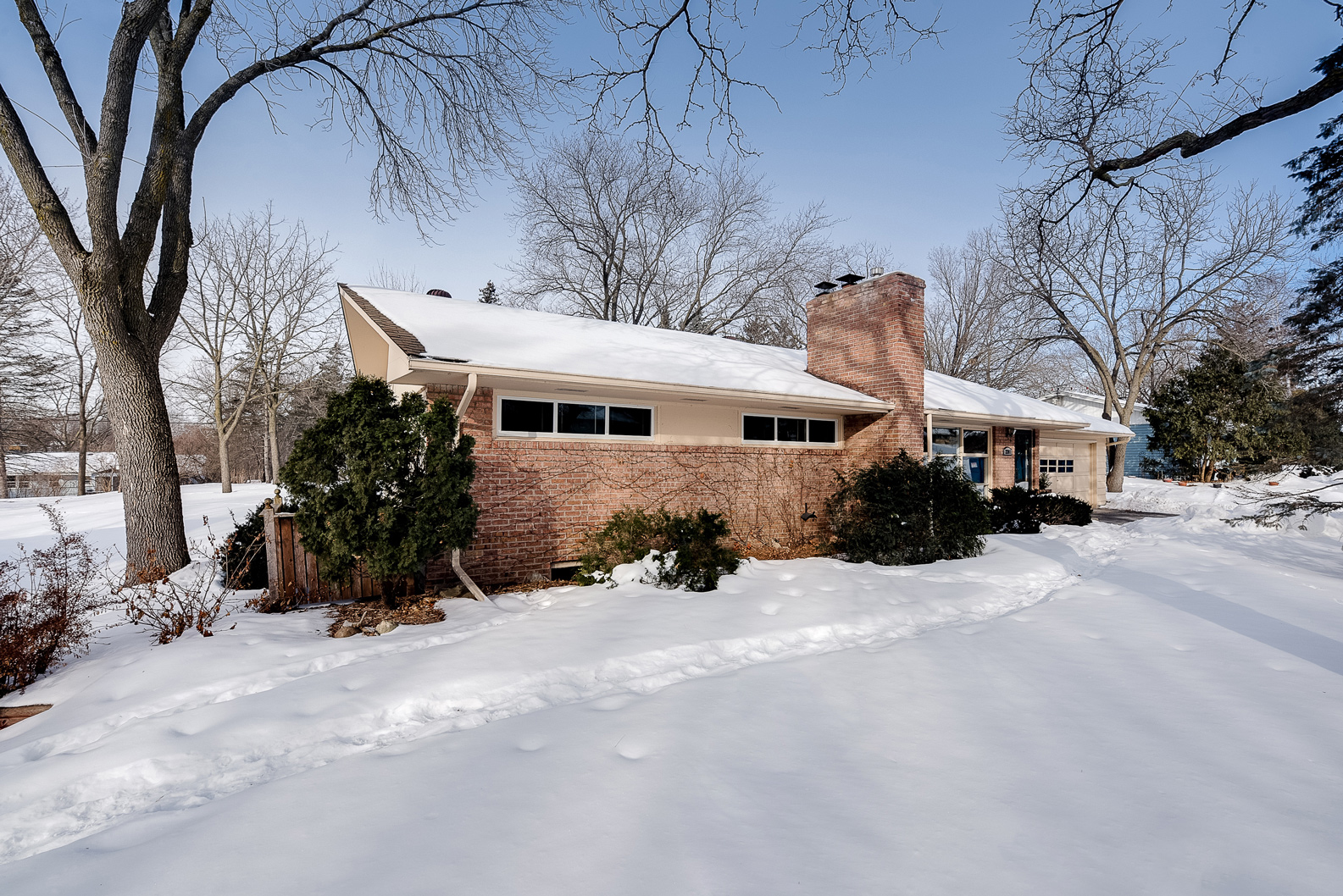