Last week I was checking out the new construction on Highway 100 in St. Louis Park. Lots of dust and earth moving near Minnetonka Boulevard and Highway 7.

As I took pictures of the highway construction, the beautiful autumn colors drew me into the nearby Fern Hill neighborhood. It really hit me how beautiful this area is, nestled between Highway 100 and the Minneapolis lakes district. 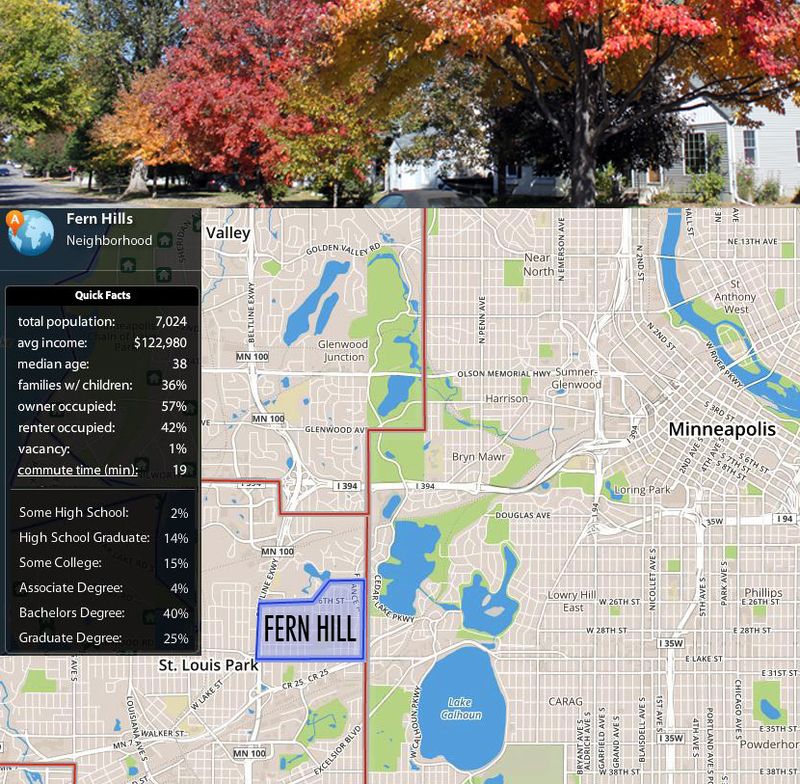 The trees were gorgeous! I started taking pictures and was drawn further into the neighborhood near Fern Hill Park (guess how the neighborhood got its name!). Great homes with great character and friendly neighbors. Kids were selling lemonade on one of the corners and they gave me a free cup since I had left my wallet in the car. Now that's neighborly!

Many of the homes in the Fernhill neighborhood were built in the 1950's and 60's… with more modest homes closest to Highway 100 and larger homes as you move east towards Minneapolis and Cedar Lake. There is a mix of mid-century designs, from modest post-war 1 1/2 story homes to larger cape cods/colonials to expansive one-story homes and even mid-century moderns. 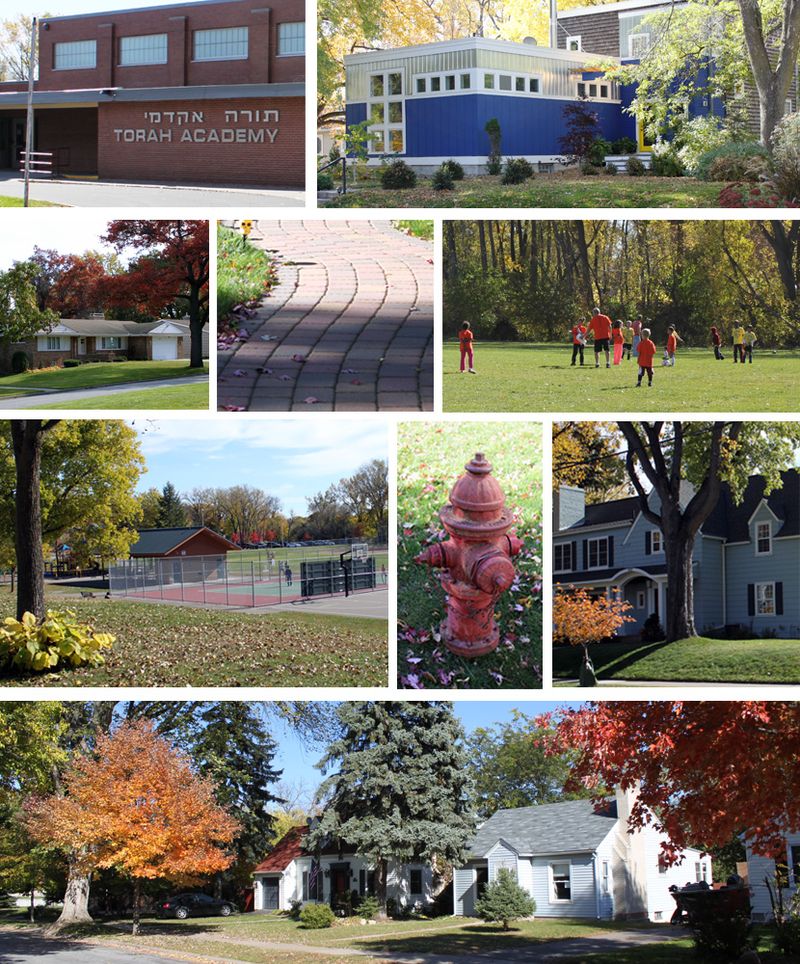 Although mostly a residential neighborhood, Fern Hill  is home to the fabulous Yum! Kitchen and Bakery … I would love to live with walking distance! See homes for sale in Fern Hill neighborhood, St. Louis Park.

The city boasts a relatively high Jewish population, and is home to the Sabes Jewish Community Center and several synagogues including B'nai Emet. It is estimated that around 38% of Jews in the greater Minneapolis area live in Saint Louis Park. Fern Hill neighborhood is in high demand in the Jewish community because there are three synagogues within walking distance.