Most people who live in the Twin Cities consider the North Shore (Lake Superior, Duluth and north) a top destination to get out of town… just a few hours away, it's a totally different world on the largest freshwater lake and the bordering woods, rivers and smaller lakes.

We were in Duluth this weekend for a family wedding, and John wanted to venture up the North Shore a bit. When his brother and his wife asked about Betty's Pies we knew where we were heading for lunch! 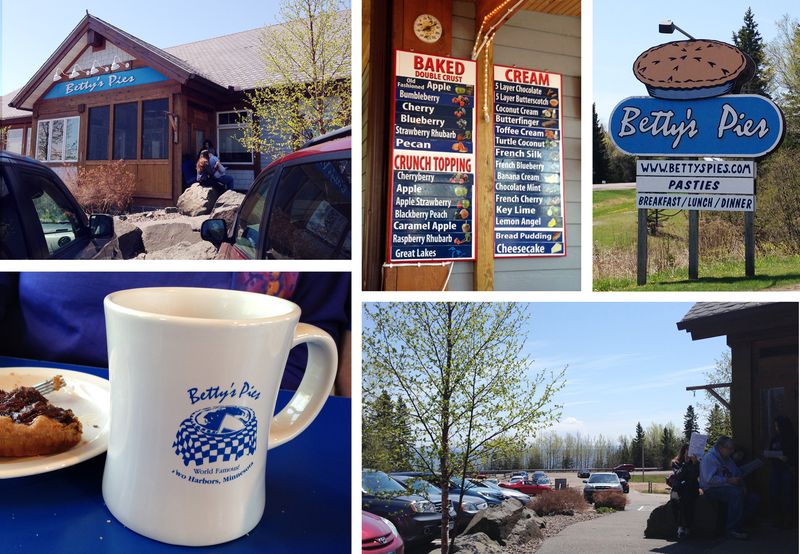 We lived in Duluth about 30 years ago and Betty's Pies was already a destination back then. At that time you could still feel its rustic beginnings as a fishing shack on Highway 61 on the shore of Lake Superior. Betty started serving pies in 1958, and it became a regular stop for people on their way Up North.

It has changed hands several times since Betty retired in 1984, and the restaurant had to be rebuilt in 2000 when Highway 61 was expanded. But its fame has only grown… there are about 30 pies on their menu! And they are again using Betty's original pie recipes with her help. She even still stops by occasionally!

If you are new to the Twin Cities, don't pass up an opportunity to become a true Minnesotan and explore the North Shore… and stop at Betty's Pies!

Previous PostDon’t Wait! Move to the house you have been wantingNext PostMemorial Day 2015
Betty's pies
0Shares