You don't usually think of high density, walkable and suburban in the same breath, but Edina's Southdale neighborhood continues to be on the cutting edge in developing a highly livable, walkable community with key services close at hand. When it developed the first enclosed shopping mall in 1956 the idea was to create a high density suburban town center… and more than 60 years of development have made it an amazing blend of walkable and driveable… including an abundance of free parking so often missing in dense, walkable communities. 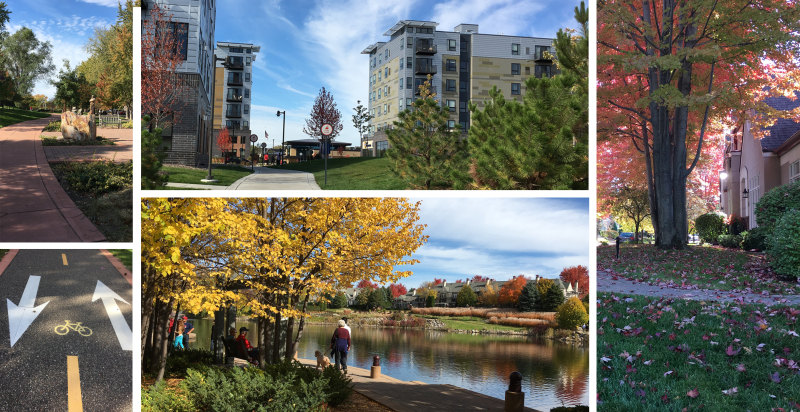 Although it has things to offer all ages, it is especially geared for downsizing Empty Nesters. It was already seeing itself as a senior community in the 1970s when it created the first senior coop in the nation at 7500 York, close to both shopping and medical facilities. Government services, library, busiest YMCA in the metro for seniors, and services of all kinds are now nearby.

People familiar with the Twin Cities don't usually think of Edina as a place for affordable housing, but the Edina Southdale neighborhood has a wide range of condos available and a few townhomes, currently ranging in price from $80,000 to $1.3M… with a median sale price of $155,500 for condos sold in the last six months.

Again on the cutting edge, Centennial Lakes Park and condos and Edinborough Park were developed in the late 1980s-1990s… including a 1-acre indoor park with a junior olympic pool and fitness club, one of the largest indoor play structures in the country, plus attached senior assisted living, independent living and memory care.

The Edina Southdale neighborhood has seen a surge in high density development and walkability for all ages in recent years, also adding apartments. With walkable trails through the Promenade to shopping and and Centennial Lakes Park, it is now the biggest high density walkable suburban community for all ages, including seniors. Aurora, a new assisted living center, will be opening soon with skyway access to Fairview Southdale medical center.

The median age of residents in the Promenade, Edinborough and Centennial Lakes neighborhoods is 64.3 years.

Linden Hills, nestled in the rolling hills between the southern shore of Bde Maka Ska (formerly known as Lake Calhoun) and the western shore of Lake Harriet, is one of...

Before the State Fairgrounds… King’s Fair in Seward neighborhood

At a closing on a home in the Seward neighborhood of Minneapolis the buyer noted that the legal description was the ‘Fairground Addition’… which prompted a lively discussion where we...